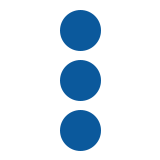 Alexander Gurevich, CEO and founder of Continental, has pursued many philanthropic and charitable ventures throughout his career. Some of the details of those pursuits are as follows:

For more information and details on Alexander Gurevich's charitable and philanthropic ventures visit his Good Works website at alexandergurevich.org

One of our representatives will get in touch with you shortly

Drop us a note
Shoot us a call
We'd love to hear from you!

You can either use the form to the right to shoot us a quick e-mail, fill out an lending application if you are interested in a commercial loan, or just use the phone number and e-mail below to get in touch at your leisure